Three friends are getting ready for a night out. The music is intoxicating, they start to dance. It’s so good, they might stay a little longer…

Inspired by 90s and early 2000s sitcoms, DONUTS is divided into three parts:

A Cold Open is a short mini-act at the beginning of the show, before the opening credits, that is used to set up the episode and catch the audience's attention. Cold opens can operate as a stand-alone prologue, a setup for a sequence of events, or as a teaser of what’s to come. Sitcoms have employed the use of Cold Opens not only to reintroduce you to characters you already know and love, but often to explore comedy sketch ideas not long enough for a full episode. Examples of these include:

TV is often formulaic and full of tropes, whether it’s the ‘will they, won’t they’ relationship, whether it’s a character in a hospital suddenly ripping an IV out of their arm or the distressed character cutting their own hair off to signify an emotional change. But none is more over-used than the stock grand finale. One character is suddenly moving on and after responding most likely in anger and denial, the group of characters stands around an empty living room, or their favourite bar, indicating that this will be the last time they’re all together… touching conversations where they can reminisce ensue. Examples of these include:

After a main character gets explicitly written out of a story, we often never see them again. This trope is about when they return once again, to work with the current main characters. This can work several ways: we may get to find out what they've been up to, and then they go back to whatever it was; or it's used as a way to advance their character development even though they're no longer on the show. Examples of these include: 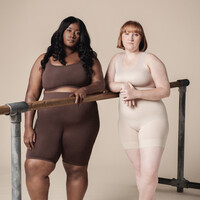 See more from The Place at the Edinburgh Fringe

Listen to the sounds than inspired DONUTS: